Meet AGGIE KEATS – owner of a beachside coffee hut on Porthgwidden Beach, who is harbouring a secret.

She’s Seren’s best friend and the first to offer an opinion about what Seren should be doing with her life. Something has just happened that has thrown everything she thinks she knows about a close friend into question – but will she act on what she feels, or pretend it never took place…?

I love Aggie. She’s ferociously independent, funny and fearless, but also hugely loyal, strong and a great friend. Aggie’s lines are some of the most enjoyable I’ve written in both Christmas in St Ives and Somewhere Beyond the Sea.

Here’s an excerpt of Aggie’s story from Christmas in St Ives:

My dream actor to play Aggie in the films of Christmas in St Ives and Somewhere Beyond the Sea (because a girl’s got to dream, right?) is CHANEL CRESSWELL – as seen in This is England, Trollied and My Name is Lenny.

Come back tomorrow for another 24 DAYS OF SPARKLEMAS exclusive… Every day between now and Christmas Eve I’ll be sharing all kinds of sparkly goodies. Don’t miss a present from me this December! xx 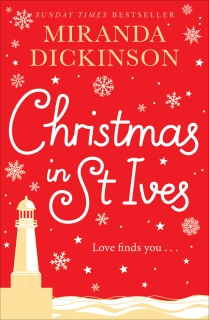